This is some rough character design I did on the web-game 'Don Q - King of the Mill'. It is kind of a 'reversed tower-defense game', about Don Quixote.

You can play it on www.themillkill.com.

The characters were just meant to look weird, in a funny way, with a touch of cloth dolls.

The modelling, rigging etc, was done by my two schoolmates

Later I will upload some of the animations I did (which all ended up sliding and looking weird in the final game, because of programming issues).

This guy is the farmer (with sketches).

We skipped the donkey, but used it for Sancho Panza.

(Actually I prefered the tall guy, but we didn't use him) 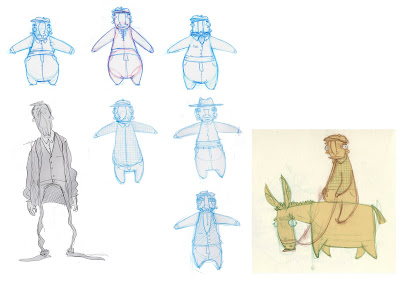 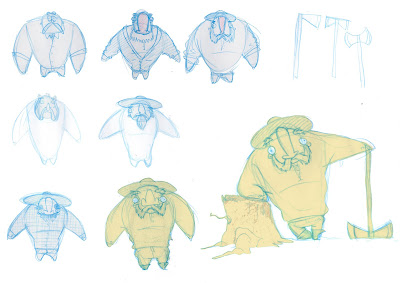 Sancho Panza (the squire of Don Quixote) and the Blacksmith 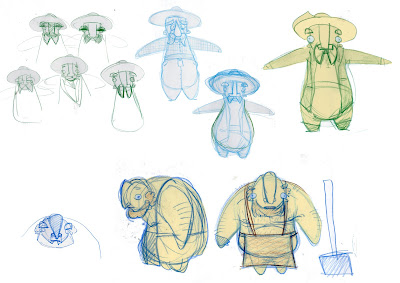 And the design for the big wagon, which is pulled by Sancho Panza.

On the posters there were meant to be pictures of the different soldier types. 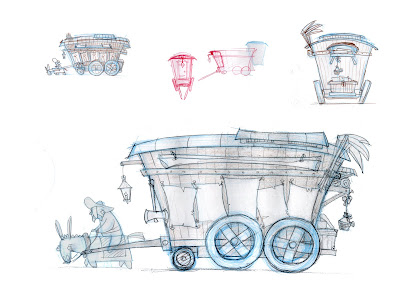 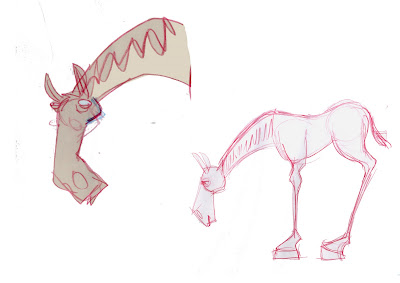